Today I would like to talk a little about my experience at The Monroe Institute. I attended the Gateway Voyage program at the end of September 2015. For those of you not familiar with the Monroe Institute, it is a consciousness research and training center, founded by Robert Monroe, and was actually his home during his later years. It is in the Blue Ridge mountains of Faber Virginia, a short drive from Charlottesville.

I signed up for the Gateway Voyage program because it appeared to be the general consensus among forums and TMI website that it was a good introductory course and it is also a prerequisite for several of the other courses there. I received a letter from the institute stating that it was best to go in with an open mind and no expectations. I had broken rule number one the day I signed up for the course. I had come to the conclusion that this was going to be an incredible week packed full of OBEs. They also had a disclaimer stating that they could not guarantee that anyone would have an out of body experience. This did not keep me from getting my hopes up.  I was sure that this week would accelerate my progress far beyond my wildest imagination.

I arrived at the Charlottesville airport and was picked up by a shuttle, driven by Mike, a super nice guy who has worked at the institute for decades. He recounted stories of Bob, the history of the institute, and the development of Hemi-Sync as we made our way to our home away from home for the upcoming week.

When we arrived, we were shown to our rooms, provided with a journal and a packet of information about this course, other courses, and available Hemi-Sync tracks that could be purchased from the institute store. We were each given a CHEC unit, which would serve as our bed as well as our practice space over the coming week. The CHEC unit was like a bed, but with walls built around it. The mattress was about 6.5 feet in length and about 3.5 feet wide. There was a small gap in the wall where you would climb in, and then a blackout curtain that would remove all light. At the head of each unit was a jack where we plugged in our headphones. These would be the source of Bob's voice as he guided us through the various focus levels and as we learned to reach the mind awake/body asleep state.

A typical day began with waking up early to some goofy music composed by Bob while he gave us an inspirational message to begin our day. I grew rather attached to this wake up by the end of the week and wished I could take the track home with me to use as a daily alarm. This was followed by an optional yoga class and breakfast. After breakfast, the day of exercises would begin. We would congregate in the large living room, talk about the exercise to come and then disperse to our CHEC units where we would attempt to experience various states of consciousness. Once the exercise was done, we would return to the living room where we would talk about our experiences, ask questions, and begin preparing for the next exercise.

Half way through the week, I was feeling seriously bummed out.  I had not had a single OBE and I felt like this course was not what I had expected. I thought we were going to cover Conditions A - D, and the physiological states between awake and projection. Instead, we were spending all our time learning relaxation, following guided meditations, and doing creative visualization. I knew that this sense of disappointment was my own fault. I was doing exactly what they had expressly told me not to do. I finally said, I need to fix this.  I am in a beautiful place, with time, that is dedicated solely to this practice, surrounded by the most incredible open-minded people, and I am wasting it. At that moment, I let go of all expectations and I had an incredible week going forward.

I never got out of body, but I did learn visualization and relaxation skills that I use to this day that help me achieve the out of body state. I got to talk to Joe McMoneagle about his career in remote viewing. I made some amazing friends, and when I came home, I felt like a new person. I plan on going back to the Monroe Institute in 2017. I will be going through the Out of Body Intensive this time around. I am looking forward to meeting William Buhlman, another one of my favorite people.

I am attaching some photos of my time there.  Enjoy. 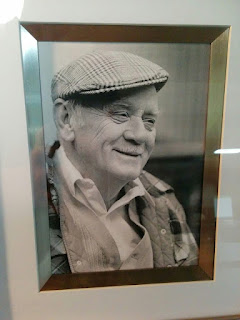 Bob Monroe (I love this man) 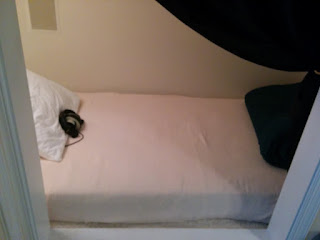 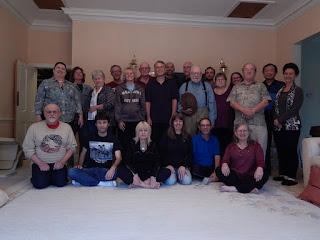 All my incredible friends 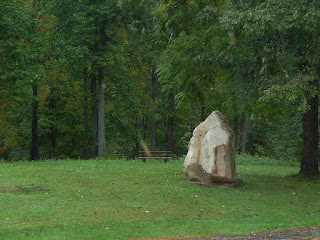 One of two giant crystals 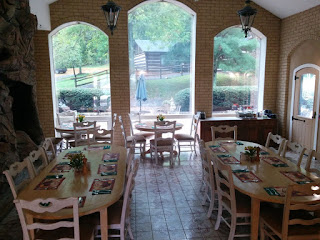 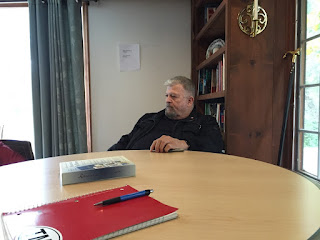 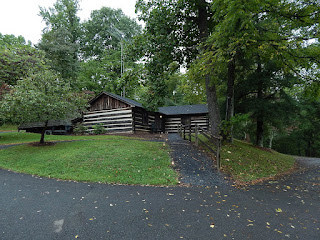 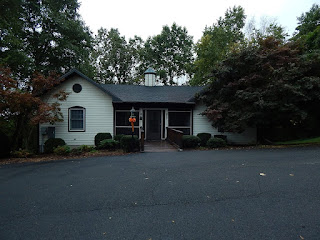 Bobs's house. Our home away from home.